skip to main | skip to sidebar

A page from a tiny sketchbook: 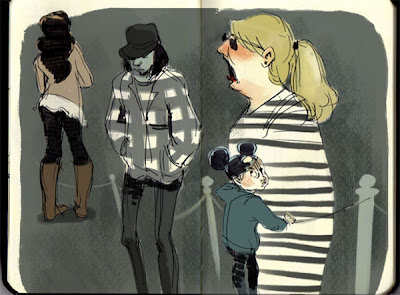 My Best Coffee Break Ever!!

I loved the awesome stories that Rad, Nate, and Fawn have posted recently. So I decided to share another true tale.

This took place at Titmouse on the Friday before Halloween, 2009. I had spent several nights after work earlier that week constructing my costume so I was kind of excited.

Fortunately I wasn't the only one who dressed up for work.

My morning was going pretty well so far..

Except for one thing...

I headed toward the kitchen to get my caffeine fix.

As I approached the lobby, I noticed a person waiting on the couch, reading a magazine.

He noticed me too and chuckled.

He then began singing the Jaws Theme as I approached.

I laughed as I rounded the corner, kitchen-bound.
I glanced behind me to see who this silly, singing stranger was...

And saw that Mark Hamill had resumed reading his magazine.

After returning to my desk, I thought about my brief encounter. Being the consummate professional that I was, I remained cool as a cucumber.

Here is a group photo from that day. 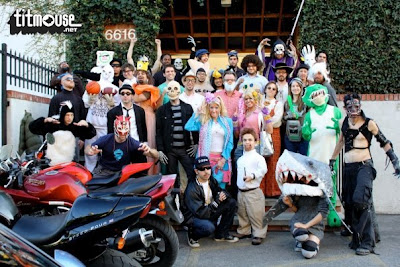 Blerg, I've been kind of busy lately. I'll try to update more soon. In the meantime, here is a girl: 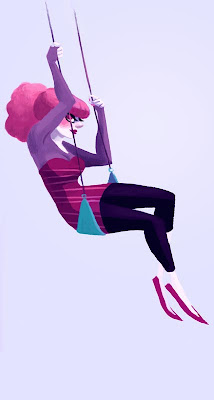 A couple of oceanic white tips meet in a submerged city 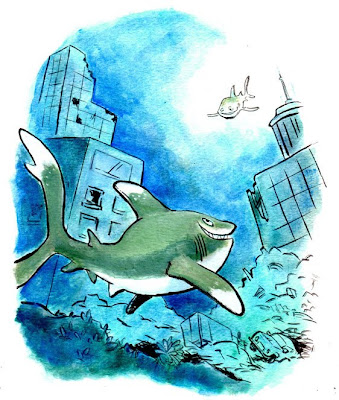 Posted by Megan Nicole Dong at 1:16 AM 17 Sharkbites